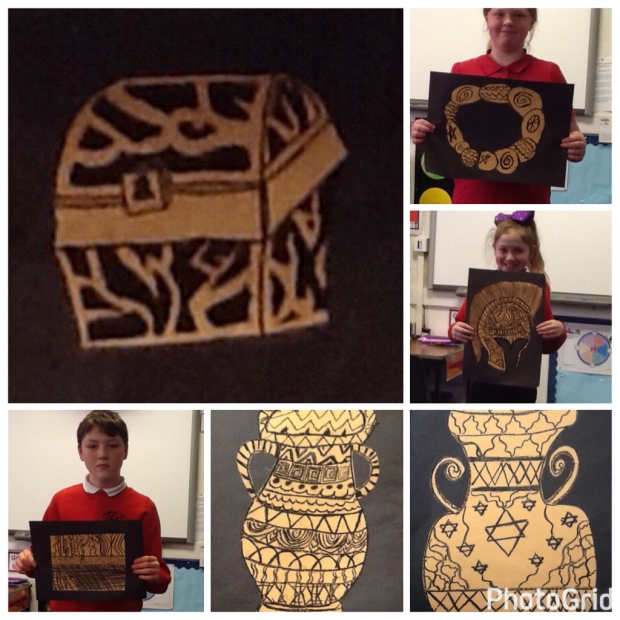 In topic we created some incredible artwork. Everyone tried really hard and they are so interesting.

We have put PostIts out for people to comment on our work. We’ve had some really nice comments. 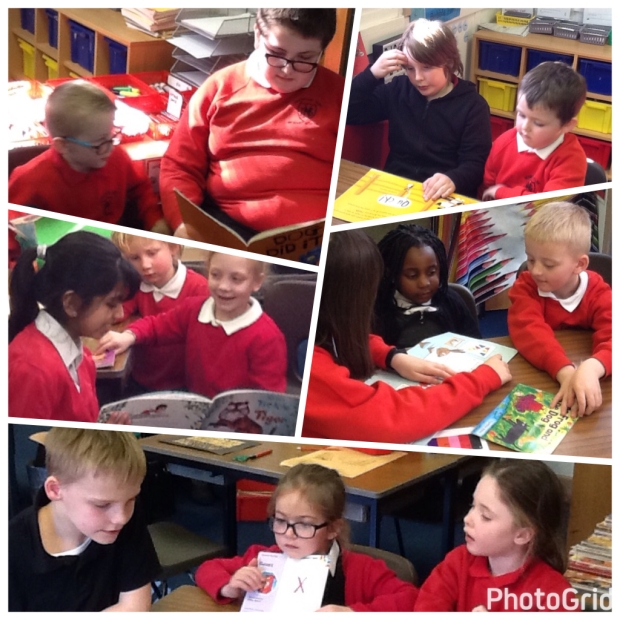 In Buddy Time we helped them by reading books and some buddies read to us. Everyone  was listening so well. 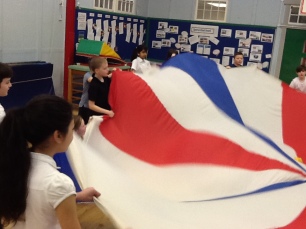 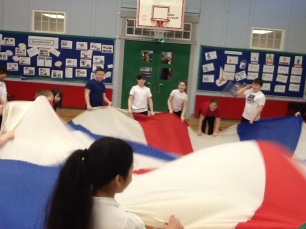 In P.E. we played with a parachute. We played two games. The first one was Fruit Salad. In Fruit Salad there are four teams. Team one is Apple, team two is Strawberry, team three is Blueberry and team four is Banana. One person calls out a team and the other teams must throw the parachute up in the air and the team that is called runs under and finds an empty place. When the caller says Fruit Salad, everyone throws the parachute up in the air and runs under. The second game was to get a beanbag in the hole in the middle. 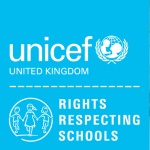